Renovating a house is a profitable project in many ways. The operation often consists of replacing certain coverings or repainting the interior. It can also involve a redistribution of rooms (more complex), sometimes requiring the removal or creation of partitions. For this type of work, it is essential to distinguish a simple partition (which can be knocked down without any problem) from a load-bearing wall. If you wish to modify the latter, the intervention of an architect and a structural engineer is crucial because it is precarious work.

What Is a Bearing Wall?

For a house, the load-bearing wall is a wall that is used to support the entire load of the house, the floor (for a two-story house) and the frame. It rests directly on the foundation and ensures the solidity and stability of the construction.

When cutting down partitions, it is necessary to recognize a load-bearing wall to avoid accidentally changing it. This structure is easily recognizable, thanks to specific characteristics.

The Original Plans of the House

The surest way to recognize a load-bearing wall is to consult the original house plans. The solid lines most often represent load-bearing walls instead of the dotted lines that symbolize partitions. 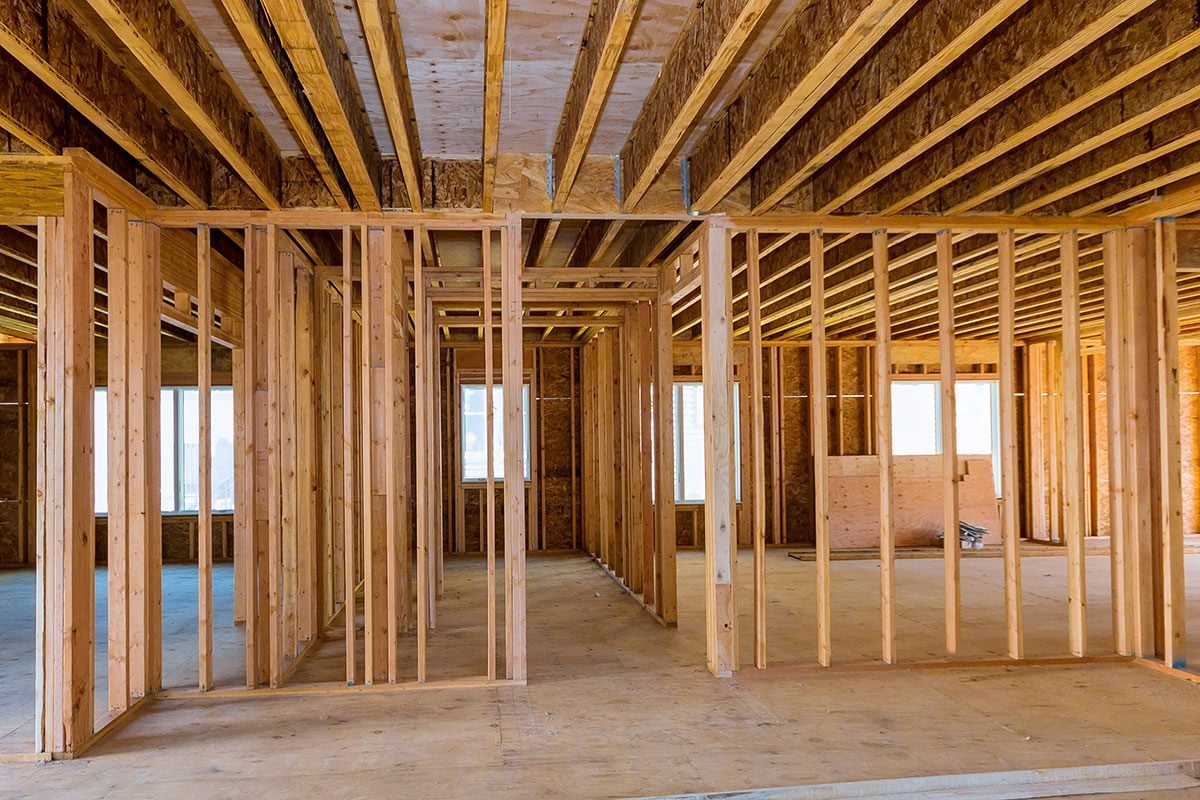 How To Break Down a Load-bearing Wall

Unlike partitions, removing a load-bearing walls is a risky and challenging task. Therefore, for renovations requiring this type of modification, it is essential to go through specific administrative procedures, including the application for a building permit, regardless of the kind of work to be done.

Carrying out a diagnosis of the house’s structure is essential before starting the work. This allows identifying the main risks such as destabilizing the whole house, cracks, or even collapse.

Steps To Follow To Break Down a Load-bearing Wall

For example, to remove a load-bearing wall to enlarge a room, it is essential to replace it with a load-bearing structure, usually a steel beam and a portal frame.

Place the Supports Under the Beams

After a thorough analysis of the ceiling structure, the support posts must be placed under the beams. The use of specific equipment is necessary to carry out the work.

Once the props are in place, it is possible to dismantle the entire wall, starting at the top.

Reinforce the Beams To Ensure a Solid Support

For a wooden beam, reinforcement often involves replacing the structure. To do this, props must be placed between the beams to provide better support. At this point, it is possible to cut the wood posts.

Place a metal beam under the wooden beam, holding it with metal props and making sure it is perfectly flat.

Once correctly in place, the beam can receive the vertical structures. These are often metal posts. In this case, they are placed on either side of the length of the newly created opening.

In addition, the posts must have steel support plates at their ends to spread and support the load. They are then welded (vertically) to the beam to improve support.