When I said walls, I meant interior walls. Interior wall cracks are fairly common in both old and new homes and they are generally not serious. Sometimes, cracks could be less of a structural issue and more of inferior quality paint. That’s the first thing you need to find out: is the crack only flaky paint or is there an actual crack in the drywall or plaster? Because then, it could be a structural issue.

Cracks in interior walls can be a sign of poor construction techniques with the use of low-quality materials and improper curing. Cracks on the walls of a new home are also hard to miss and can be very disconcerting but they are perfectly normal. In general, these cracks happen because your new home is settling onto its foundation. Your house is just stressing and settling in –nothing to worry about!

You shouldn’t worry much about minor hairline cracks – call a good painter and your job is done in just 2 days. However, there are some cracks that would need extensive repairs and professional attention. 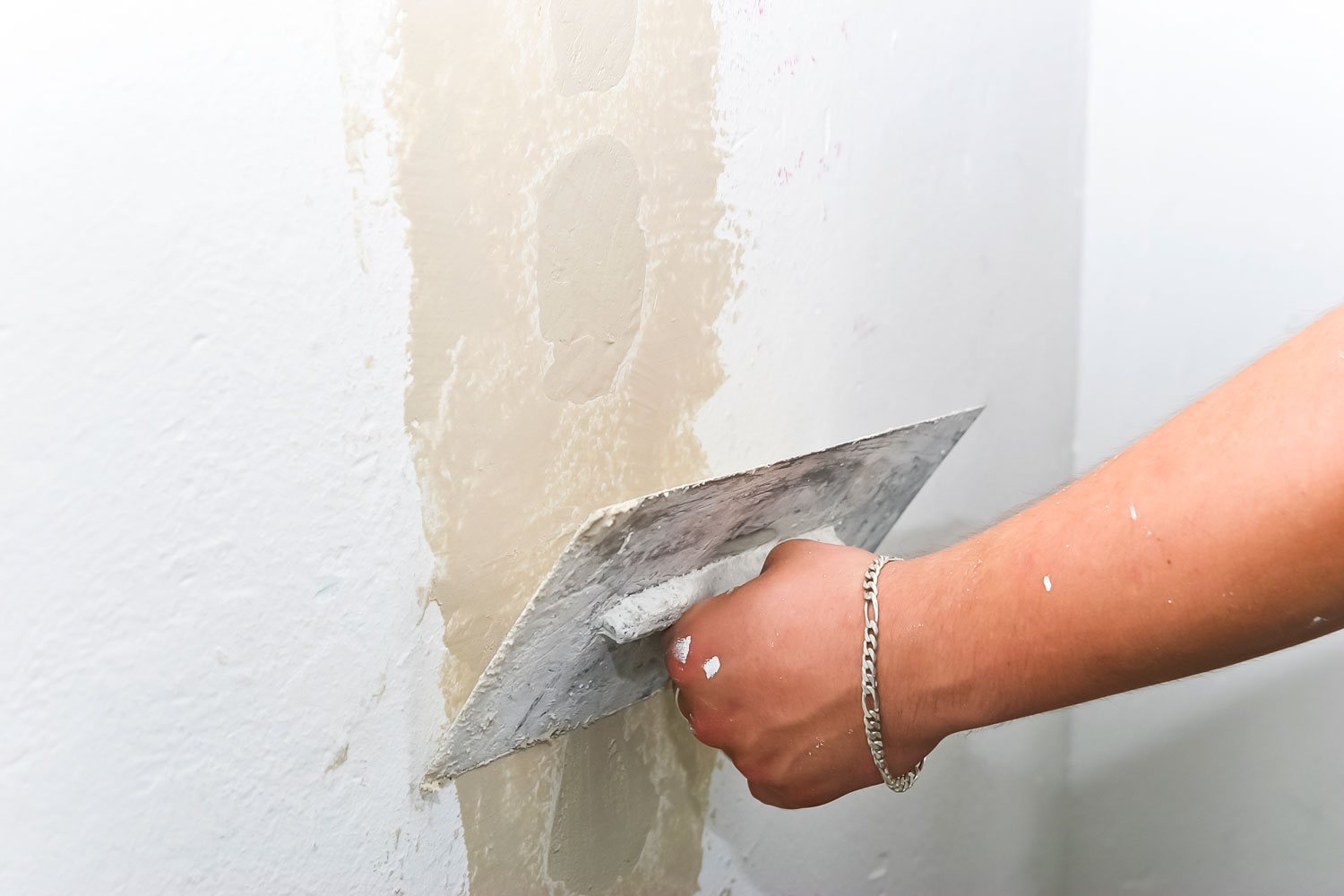 Over time, when a new home is settling in, even by a few millimeters, it might go unnoticed by the humans living in the house. However, the “moaning” and “groaning” of the house can cause the drywall or paint to crack and if these cracks are between one and five millimeters, they are not a cause for concern –hairline cracks can be quickly and easily fixed with joint compound and paint. But, when the cracks in your walls stretch between five and fifteen millimeters wide, you have a serious structural issue to tackle. And, if the cracks are wider than fifteen millimeters, let’s say, twenty-five millimeters or wider, then you need to get off that computer and call a good engineer or architect.

Again, when or after a new house is built, there is a bunch of things that take place. When the house has to settle and get balanced, small vertical cracks in the plaster or cement wall occur, which is fairly common. Normally, they are not a major issue and remedial work can cover these cracks. But, large and diagonal cracks indicate more critical issues.

Long diagonal cracks can also be indications of uneven settling of the structural base i.e., the foundation of a house. Cracks that appear like a set of stairs that are going up indicate a serious problem, typically a shifted or sunk foundation. In that case, you need an expert ASAP! 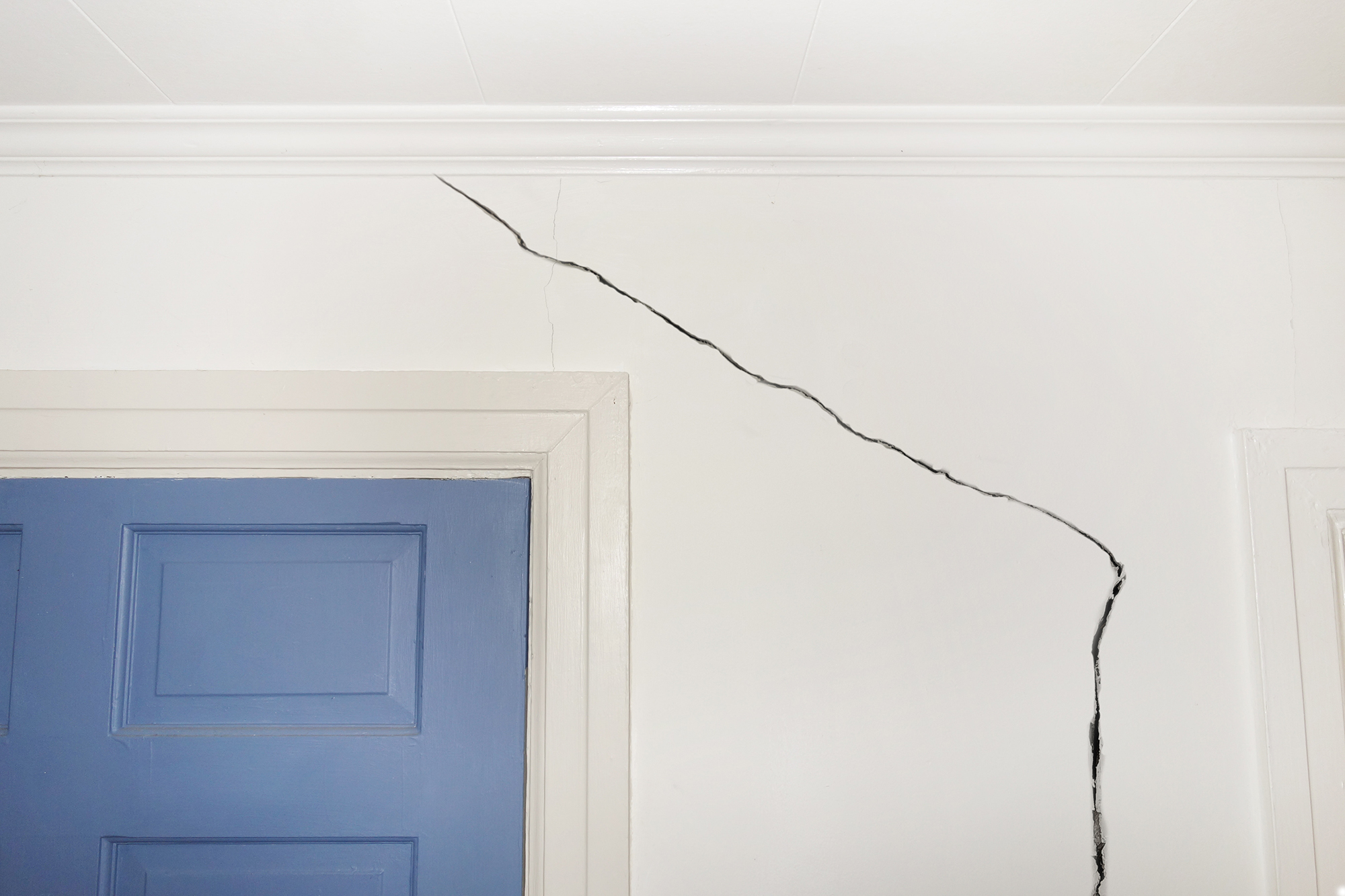 Generally, cracks tend to appear in the weakest zones of a wall such as around or under a window or door frame. Usually, these cracks are not a concern because they sometimes result from the drywall contractor ending his sheets at the edge of the door and piercing in right above them instead of cutting its opening out of a complete sheet of drywall. When these types of cracks are stable and not growing, you can just seal them up with joint compound or joint paper. However, when these cracks continue to grow or when they extend diagonally from a corner of the door, you may need to hire the help of a professional.

You Can See Daylight

The most concerning cracks are those that allow daylight to come into your home. Such cracks don’t need patching or repainting but rather a professional.

One thought on “When Should You Worry About Cracks in Your Walls?”