If you have never heard of it before, then brace yourself to discover a heart-wrenching tragedy.

The Beginning- Construction of The Sampoong Department Store collapse

After the 1988 Summer Olympics, South Korea enjoyed a period of prosperity, with the region of Seoul, in particular, experiencing a tremendous boom. Several buildings were established within a small period of time. However, the decision of the Government of South Korea to restrict foreign contractors from handling construction projects in Seoul had a direct impact on the all South Korean construction companies that were given the responsibility of establishing nearly all the buildings in Seoul. As a result, buildings shot up at a very fast pace.

In 1987, the Sampoong Group begin construction over an area of land which was previously used as a dumping ground. Initially, the building’s blueprints consisted of the construction of a residential apartment with four floors. However, trouble arose in the middle of construction, when Lee Joon, the Chairman of the Department of Construction of Sampoong Group, decided to change completely the layout of the building. His purpose was to create a new and large Department Store in Seoul. Hence, to accomplish this objective, his plan involved removing some pillars to install escalators and adding a new and fifth floor. Understanding the drawbacks of such a weak structure, Woosung Group, the original contractors, refused to carry out the work and was therefore sacked from the project.

Taking the project in hand, Lee Joon, decided to use the flat slab construction method which usually involves strengthening the slabs without using any cross beams or skeleton frames. Drop panels, which are rectangular segments are used to support the slab loads. However, during construction, Lee Joon neglected to factor in the net weight of the slabs and the drop panels and whether the drop panels would impede with mechanical ducting or not. Moreover, instead of sticking to the minimum 80 cm for floor columns, Lee Joon opted for reducing the floor columns to 60 cm. Columns’ spaces were also spread out by 11 metres to maximise space.

Furthermore, Lee Joon raised the stakes higher with his idea of adding a fifth floor, where instead of a skating rink, eight restaurants, each with underfloor heating, would be constructed. When the construction company advised that the building would not be able to support additional weight, Lee Joon hired another company that would follow his plan. The underfloor heating, better known in Korean Architecture as Ondol, carried significant risk as it raised the weight and density of the slabs tremendously, causing the columns to support fourfold the weight they were supposed to hold. In addition, the air conditioning units that were fixed added a higher load on the structure and when these large units were moved later to the west side of the building, there was significant roof damage caused. 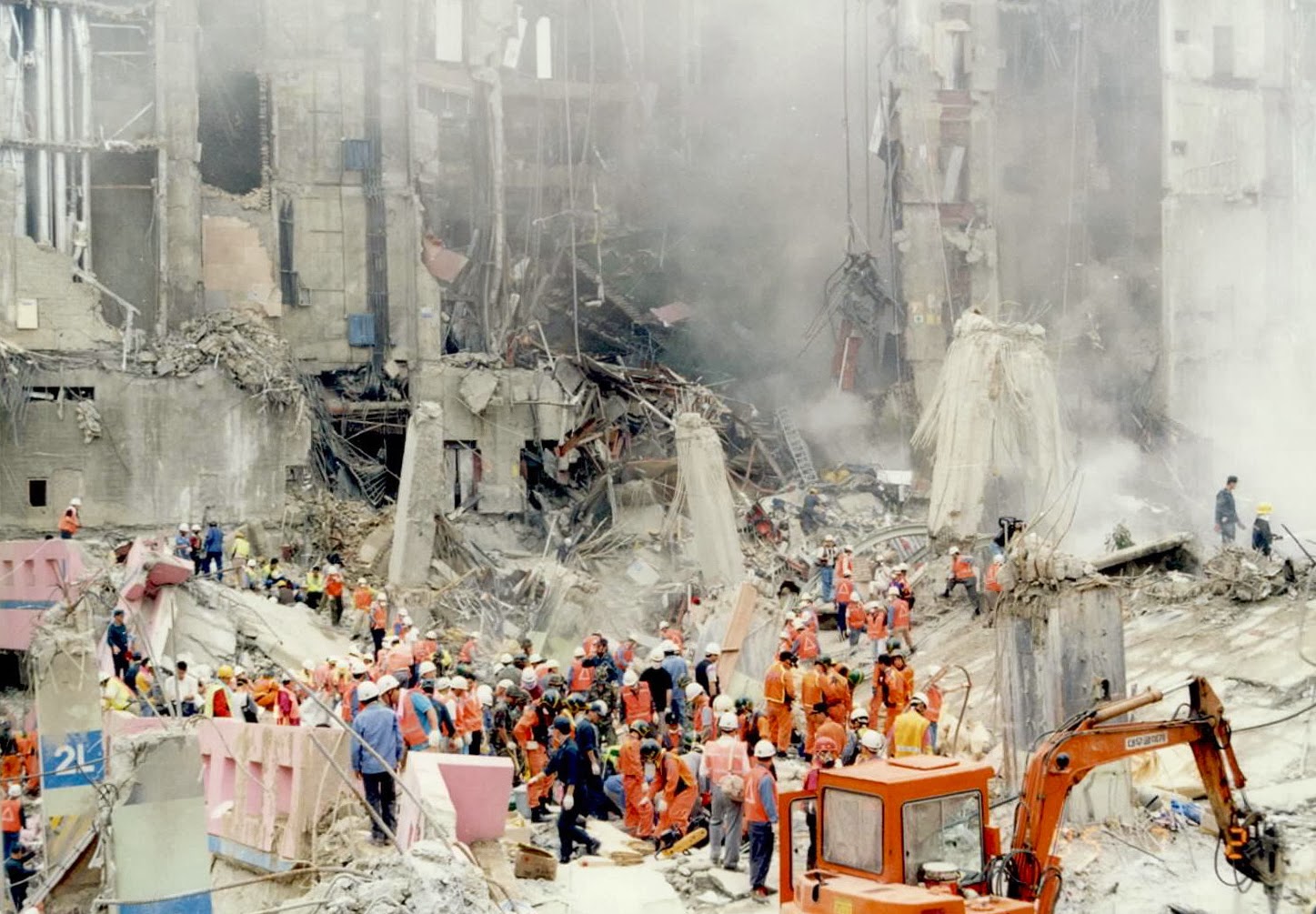 Since its opening on 7 June 1990, the Sampoong Department Store had been successful, receiving approximately 40,000 people per day. However, success lasted for only five years. In April 1995, serious cracks started to appear in the ceiling but the only actions taken by Lee and his staff were to transfer some goods from the top floor to the lower floor. The D-day arrived, and on the morning of 29 June 1995, stores on the top floor were closed due to a dramatic increase in the cracks. Despite the clear evidence, the failure of the management to evacuate the building was noted. Approximately five hours before one of the world’s biggest construction failures, sharp noises were heard from the top floor. As a result, an immediate and urgent meeting was held, whereby Lee Joon, despite the clear evidence of an imminent collapse, refused to close down the building for fear of loss of customers and revenue. However, with no empathy for all the people inside his building, he then left the building just before the collapse, leaving behind his daughter-in-law, who was an employee in the building. Along with him, several executives, who refused to evacuate the place due to the high number of customers, cowardly escaped from the building.

The darkest hour for South Korean began when the ceiling of the fifth floor began to fall. Some employees started sounding the alarms and evacuating the building, but even then, it was too late. With hundreds of people still inside, the building collapsed. The roof sank, the air conditioning tower collided and the main columns fell down, killing 502 people and imprisoning more than 1500 people inside.

The immediate rescue team which arrived on the scene was called back as the Mayor of Seoul at that time, Choi Byung Yol, feared the consequences of a further collapse of the building’s remains. At that time, both families and friends endured great distress due to their missing loved ones. Korea Telecom even sent signals to cellphones with the hope of detecting any survivors.

Two days after the collapse, it was assumed that everyone died, leaving behind not even one survivor. Hence, procedures were carried out to remove and clear away the site’s debris. However, slowly by slowly, and day after day, 24 survivors were found.

Were you also touched by this South Korean’s building tragedy? If yes, please do share your opinions.