3 Types of Earthworks and Foundations

The earthwork consists of several steps:

Soil stripping: the topsoil is temporarily extracted to a depth of about 25 cm. This operation can be carried out manually for smaller sites or with the help of mechanical equipment (levelling machines, excavators, etc.).

Spoil refers to all the earth cleared during earthmoving operations to create pipes and foundations. This earth can be reused as backfill, or if necessary, it is evacuated from the site.

Backfill is the soil taken and transported to fill cavities such as trenches.

The different types of earthworks 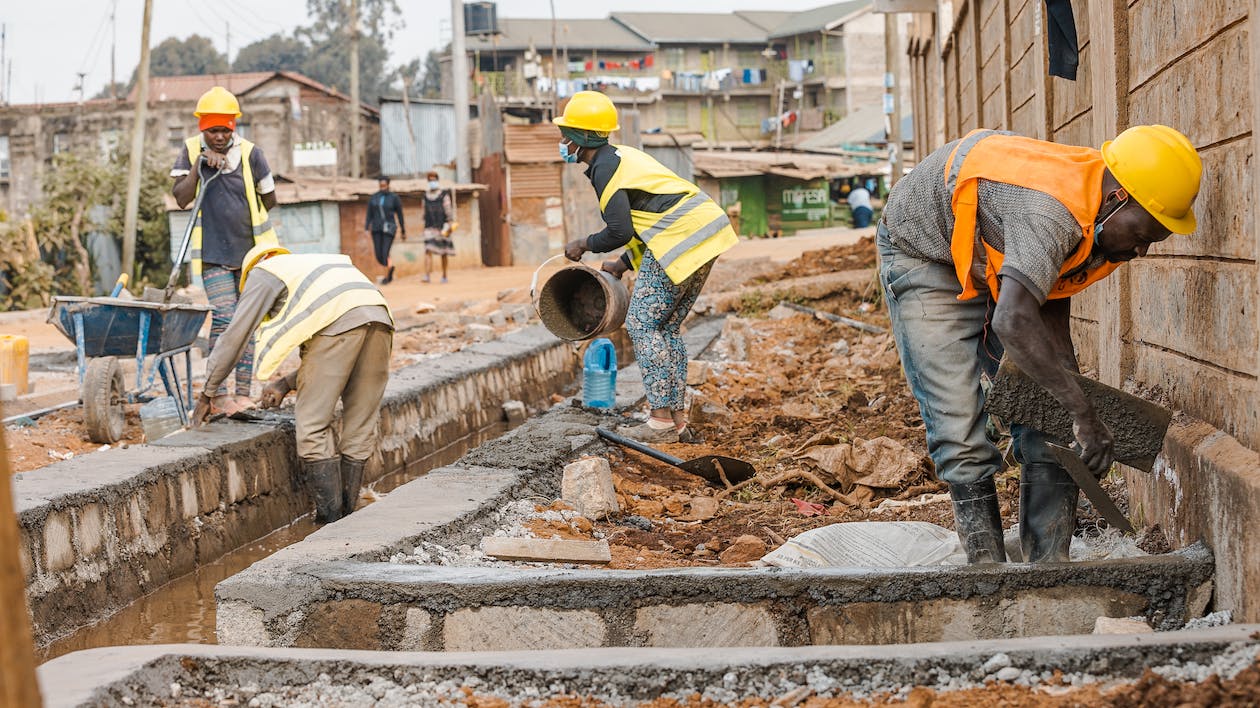 There are 3 types of earthworks.

They are intended to receive the foundations. Pits are said to be in a ditch when their width does not exceed 2 m and their depth 1 m. They are carried out once the layout has been completed at the location of the future walls. The excavations are dug to a depth of 80 cm to avoid any risk of frost. The holes have a surface greater than 2 m on each side and a height lower than half the width. Finally, an excavation is said to be a trench when its depth is greater than 1 m but less than 2 m wide.

Good to know: earthworks are used for other works such as roads, railways, or civil engineering.

Specific underground networks may be buried in the ground (electricity networks, water and sewage networks, etc.). Before the earthwork, the networks must be marked on the plan and identified on the ground using coloured warning grids: blue for water, red for electricity, yellow for gas and black for the telephone network.

Shoring up the excavations

The shoring of excavations avoids any risk to people and existing buildings. Shoring is compulsory when the pit with vertical walls has a depth of 1.30 m and a width equal to or less than 2/3 of its depth. In all other cases, arrangements must be made and regularly checked to ensure the safety of the people and property.

Horizontal or vertical boards and caissons can do shoring.

The basement of the house 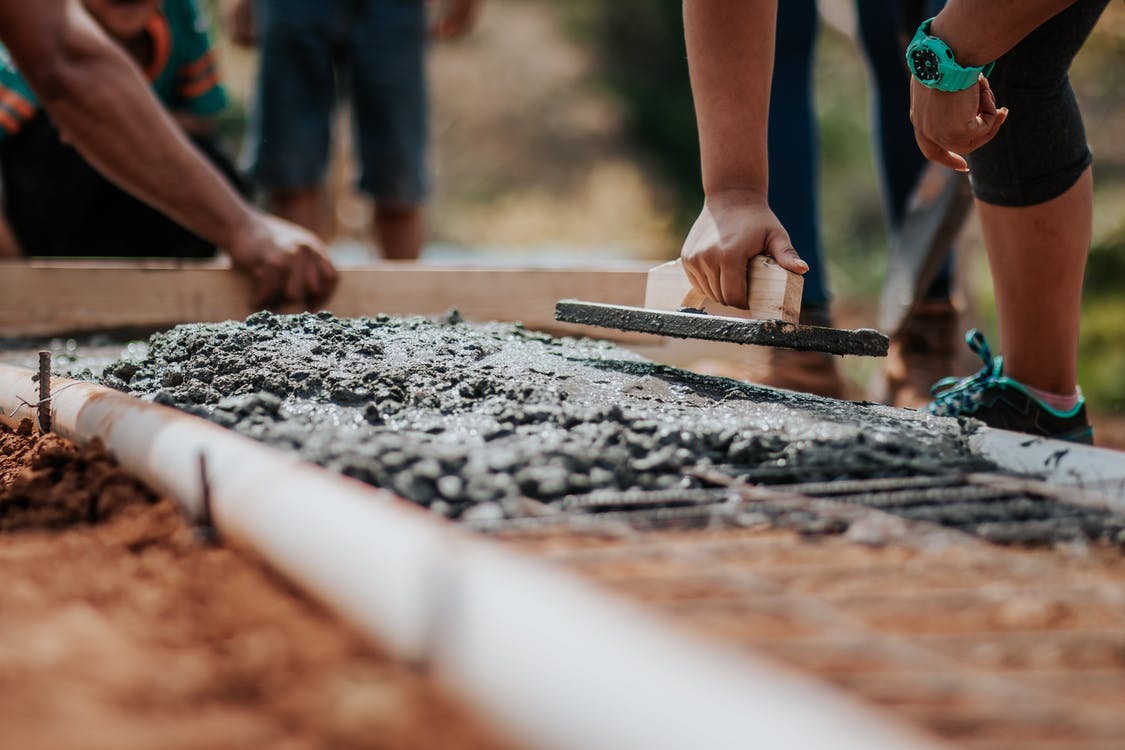 In the construction of a house, the structural work includes the foundations, the sanitation, the basement, the elevation of the walls, the frame, the roof and the exterior woodwork.

The three types of foundation for a house

Once the foundation is poured, the basement is built. There are three types of basements:

The hedgehog: the house’s first floor rests directly on the foundation.

The crawl space is at least 20 cm between the foundations and the first floor.

The natural ground, previously stripped, is covered with compacted stones and then with a slab with a metal mesh. A plastic film is then placed to prevent rising dampness, which is essential to ensure the house’s insulation.

This is the cheapest sub-floor solution. However, it is unsuitable for all terrains because it requires flat ground.

The space between the foundation and the first floor is usually made up of a footing of at least two rows of cinder blocks or waterproof concrete.

Above the crawl space, the house floor is made of reinforced concrete beams and hourdis (in polystyrene, plastic or cement), topped by a concrete compression slab reinforced with a welded mesh. It is possible and recommended to insulate the entire surface of this slab to avoid rising dampness.

The crawl space is the correct type of basement to avoid runoff and rain flooding. Moreover, the crawl space allows building a house on the sloping ground without digging the ground significantly. We highly recommend you talk to MMT Waterproofing Inc. for more details because they are the best in Toronto.

This additional floor is designed in the plans, which is dug into the natural ground. It is generally intended to accommodate a garage, workshop or laundry room. It is, therefore, a real added value to the house.

On the other hand, the drainage must be rigorously studied to avoid flooding. Moreover, on flat ground, the access to the basement converted into a garage will require the creation of a slope, which can modify the aesthetics of the garden.

Finally, the basement is more expensive to build.