Man has used stone for his tools and his buildings since prehistoric times. Before the advent of metal, it was a favored material; for this reason, the period before the wide-scale adoption of metal is known as the Stone Age. Primitive man quarried stone for thousands of years. Archaeologists have uncovered early quarries, as well as the crude tools that were employed to extract the stone and shape it for human use. Stone implements and weapons are still used in some areas of the world today by primitive tribes.

Impressive structures of stone were raised in prehistoric times. The stones were often used more or less as they were found or extracted, with little preparation. Stone Age monuments of this type are found in various regions of the world; the most familiar is England’s Stonehenge. These constructions served as temples, tombs, fortresses and even astronomical observatories. 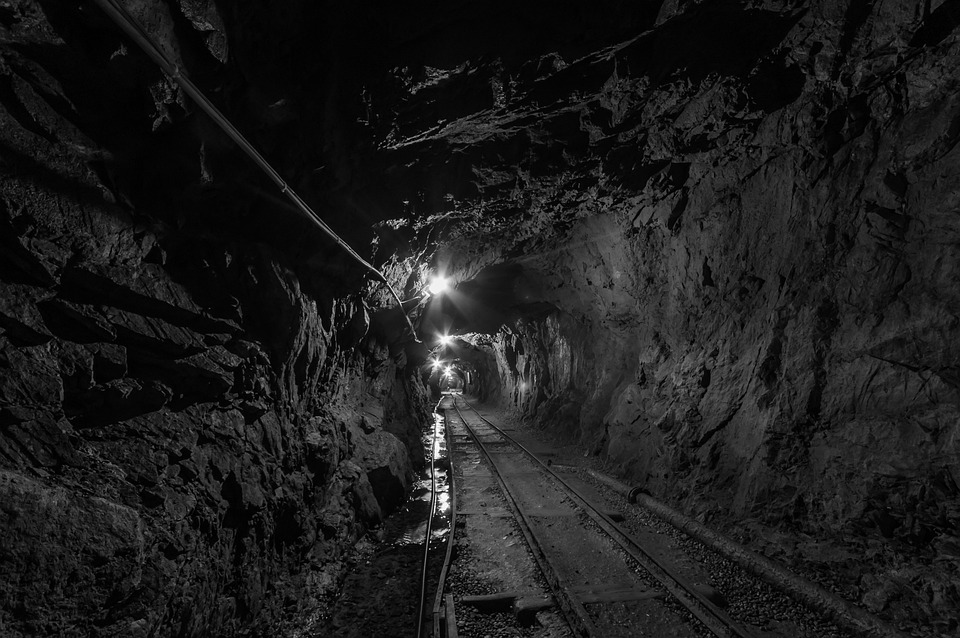 Beginning with the later Stone Age, stone was used regularly, together with clay, brick, thatch and wood, in the construction of homes and other utilitarian structures. As cities began to grow, this practice continued. The finest stonework was reserved for tombs, temples and the palaces of rulers and priests. The stone used for such edifices was carefully dressed-cut and shaped to fit exactly where required in the finished building. Structures of stone were often of stupendous size; we might mention by way of example the pyramids and temples of Egypt and the earlier aqueducts of ancient Rome.

The exploitation of building stone in those days was most difficult. The rock had to be worked loose by primitive means –picks, chisels, wedges, stakes, fire and water. Once freed, the stone blocks had to be moved laboriously, sometimes for hundreds of miles. Skids, rollers and ropes were used to haul the stone, which was pulled by draught animals or men. Where waterways were available, rafts or boats floated the stone to its destination. The dressing of the stone blocks was also a difficult job. The final placing of the stones in the structures where they were to be used was a tedious matter.

The more or less widespread use of stone in the construction of buildings and other structures persisted into the second half of the nineteenth century. At that time, steel and concrete began to be used instead of stone. Today, the use of stone for buildings and other structures is quite limited. Far more important is crushed stone, which plays a vital part today in road building, agriculture, metallurgy, chemical processing and other ways.

Types And Qualities Of Commercial Stone 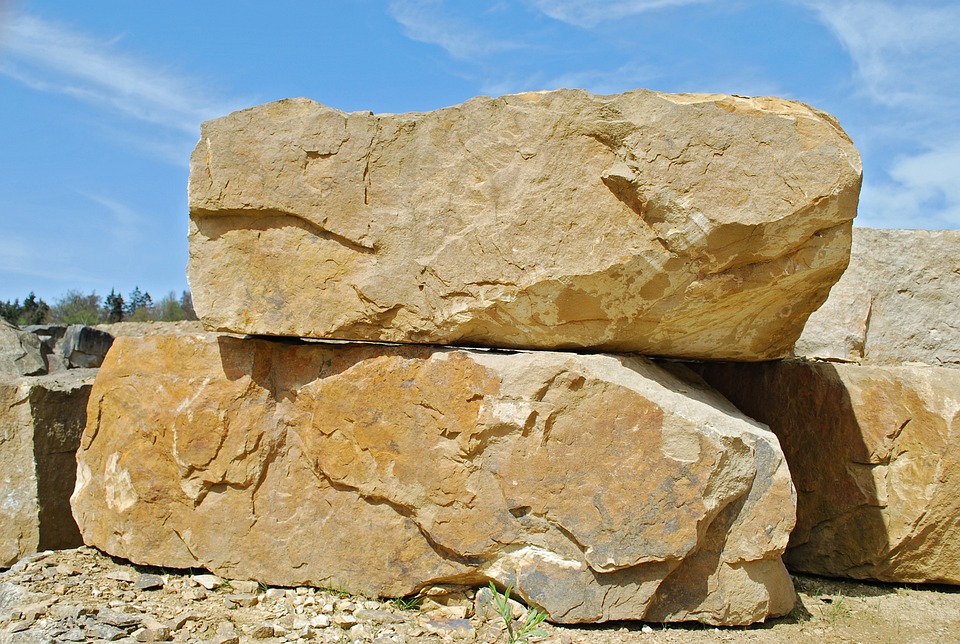 The geologist, or earth scientist, recognizes three basic types of rocks; igneous (from molten material from within the earth); sedimentary (from muds, sands and larger particles); and metamorphic (altered igneous or sedimentary rock). Commercial stone is obtained from all three of these categories. However, the quarryman’s classification of rocks may differ somewhat from that of the geologist. We find that the terms he applies to varieties of stone may not be strictly in accordance with the geological definitions. For example, limestone is a sedimentary rock and marble is a metamorphic rock derived from limestone. Yet in the quarryman’s lingo, any limestone that has a visible grain and that can take a high polish is termed a “marble.” Similarly, any rock that resembles granite, an igneous rock, is called “granite,” though it may be a different type of igneous rock.

The chief igneous commercial stones are granite, syenite, diorite and basalt. The granites and syenites are grandular and tend to be somewhat light in color. The diorites and basalts are darker; the basalts are very fine-grained. Granite is the principal rock in this group.

The most important sedimentary commercial rocks are sandstone, limestone and shale. They vary considerably in texture and appearance and are often bedded. Limestone is the principal rock in this group, with sandstone second. Unlike sandstone and limestone, the shales are not used as dressed stones; they are broken up into fragments for all kinds of construction work.