As the walls of a house are the elements that protect the interior of the structure from bad weather, they must be solidly designed to fulfill this role. The facade, that is to say, the exterior wall is the first line of defense since it is the one that is constantly exposed to aggressions. At the same time, it must be aesthetically presentable to guarantee an excellent appearance to the property. Facade plaster is the material used to shape the exterior walls of a house. The final look usually depends on the type of finish used.

What Is a Facade Render?

A facade render is a coating layer used to cover the exterior walls of a house. It comes in a coating applied to the wall covering such as brick, stone, or concrete. There are several facade coatings on the market whose practical qualities depend on the characteristics of the barriers to be covered. The facade rendering can be applied in a single, or multiple layers as the single-layer render and the multi-layer render. The single-layer rendering requires only one application, while the multi-layer rendering must be done in two or three stages.

What Is Plaster Finishing?

In construction, finishing is the operation by which we give the final aspect to a structure. For a facade, it consists of making the final adjustments to give it its final appearance. Finishing is focused on the aesthetic aspect, and the application of the finishing of a facade can be made in different ways depending on the type of wall and the owner’s needs.

The scraped finish is done in two steps. First, the plaster is applied to the façade. Then, using a nail trowel, the wall’s surface is scraped to reduce the roughness of the façade surface. Although the operation can be time-consuming, the result will be as expected since the facades will be smoother, and the final rendering will be more uniform. The scraped finish is usually done on contemporary homes.

The crushed finish is obtained using a smoothing machine just after the plaster is sprayed. It allows having a moiré effect for the facade. The crushed finish is susceptible to dirt and dust. It is perfect for those looking for modernity by smoothing the surface while highlighting the grainy aspect of the plaster. This type of finish requires less time than the scraped finish and involves fewer intervention costs.

The trowel finish consists of shaping the surface of the façade with a trowel to create different effects. The trowel is used to draw patterns in specific areas such as near doors or windows. The intervention is done just after applying the plaster, and the person who does it must have proven know-how to ensure its success. Trowel finishing is very time-consuming and requires the homeowner to spend a significant amount of money. Indeed, it is the most expensive type of finishing.

The traditional or rustic finish is a technique that is rarely used nowadays due to the evolution of practices and trends. It consists in applying the coating and then letting it take shape. This method was used for old buildings. Apart from its originality, this type of finish has the disadvantage of being easily dirtied and difficult to clean because of the irregularity of the surface. 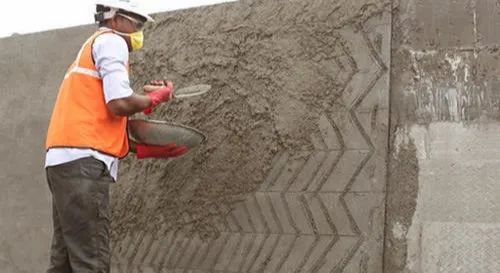 What Type of Finish To Choose?

The choice of a finish must be made considering several points, namely the type of facade to be shaped, the material used, and the final result desired by the owner. However, to succeed in this type of work, whether for a renovation or new construction, it is imperative to have the right equipment and call upon a builder who has a perfect command of his field of activity.